It’s a different world we live in these days, or is it? I can’t decide. I’ve lived in my city for the most part since 2000. That’s 19 years I’ve called this place my home. I’ve seen it grow from 30,000 people to 65,000-ish people over the years and with it I’ve watched the social demographics change as well. It’s always been a pretty transient town as one of it’s main industries is Oil and Gas, therefore many work here but don’t live here – or at least they used to, I’m not sure of the current demographics.

They used to say that the ratio of male to female population was 11:1 and the average age was 33. There were more kids under the age of 6 than people over the age of 55, and lastly that there were more millionaires per capita than in all of North America. That’s what I heard anyways, I don’t have any official stats. I think it was my pastor who had given the stats out once during a sermon. He had asked the audience what we thought the average age of the population was and I had raised my hand. I had said 33 and he looked surprised and asked how I knew. I said “Well, every time I go on a date that seems to be the age of every man.” I hadn’t read it anywhere, one could say I had gotten on-the-ground information. He had laughed.

Where there’s money, there’s crime and my city has it’s fair share. It’s a world I don’t really know a lot about other than that it exists. I’m a pretty play-it-safe type of girl. Well, let me correct myself, I should say I’ve changed into a play-it-safe type of girl. I haven’t always been that way. I can say that the little adventures in life that I’ve experienced as a single woman has definitely opened up my eyes to some very real realities.

One of the realities has resulted in me having made it a life rule of being accountable for my presence, no matter where I’m at. I’m continually asking myself questions like, Should I be there? Should I leave? When should I leave? And if so, how? I often joke about implementing my Cinderella rule which is a rule where I’m always home by midnight. No exceptions. Why? Well, because nothing good happens after midnight. SHOULD there be another party involved, they can wait to meet a second time. I really don’t have a problem keeping this rule as midnight is way past my bedtime and 5 am comes pretty early. Sleeping in is a hard thing for me to do. I think for those in my past who have suddenly had a disappearing act happen before them and have been put off…. I won’t lie, I’ve never lost sleep over it. Quite literally.

I often get teased about this rule but it’s a rule that I don’t break very often, if it at all, unless plans were pre-arranged such as New Years Eve at my friends house or…. wait, come to think of it, I think that’s it. That sounds pretty pathetic but I don’t go out much. I most certainly don’t do the bar scene if EVER, and so the only exception I could think of is attending a concert but even then those are usually over by 10 pm. But there is travel time to consider if we were travelling to another town to attend the concert.

Don’t get me wrong, I love staying up late by the campfire with friends and family or sitting on quiet still beach, or playing card games, but it will always be in a group setting. My Cinderella rule applies to myself as a single woman. If I’m with a group of trusted friends, these rules don’t apply, unless i’m travelling home alone and not being escorted or have safe transportation.

The city just isn’t the same. With money comes opportunity and with opportunity comes those who wish to take advantage of it – both for the good and the bad. It’s a common fact that you don’t take a taxi ride home alone here in town. They have this notorious knack for women being driven off to a remote area and being sexually abuse by one or many individuals. I can remember one friend who had ordered a taxi to get another friend a ride home as she had too much to drink. When the taxi driver arrived and was asked for his unit number and his ID so she could make sure that the friend got home safely, the taxi driver spun off and tore down the street. Another story told to me by a man who works with the RCMP, said that about a year ago, a young lady was walking down the street when taxi driver had offered to give her a ride. That night didn’t end well for her after she was attacked by 4-5 other men, who later all covered for one another’s wearabouts.

In any case, the world has changed. Or my world anyways. The crime that we read and hear about in the USA still surpasses the reality that is Canada especially due to the population difference, but that being said, Canada is changing.

Given all that is happening and the changes, I think I may have to adjust my Cinderella Rule to include a walking the dog rule.

Here’s what happened, or rather, didn’t happen.

At around 7:45 pm, after having been harassed by my dog with her ever insistent eyes and constant pacing back and forth to the door to get my attention, I decided to take her for a walk. It’s Canada, it’s Northern Alberta, and it’s October which means we are entering the time of year where we live in a lot of darkness, so choosing another time frame wouldn’t have really helped at all.

I’m walking down a main street and is dark out. The sidewalks are even darker as it runs through some green space which follows the street. The lights from the intersections cast just enough light to give faint shadows, or silhouettes of other’s approaching on the sidewalk.

I look down the street and I see that than a man is approaching. He’s bigger, wearing what looked like a trench coat and he’s kind of meandering. He doesn’t have a dog he’s walking. He doesn’t have grocery bags in his hand nor does he look like he’s really going anywhere with purpose. He’s just strolling, slowly, but with a slight stumble.

It’s here that I did what every girl knows and does anytime she is anywhere, or at least she should. I start going through the options in my head on how I’m going to pass this person as he is nearing me. I could take a wide berth and walk on the greenery by the trees, but then there’s a slight voice inside of me that says “Why Jennel, your walking your dog on the side walk, this is also your side walk, don’t be silly.” I refuse to live scared- just cautious. But there’s this little voice that quiet frankly, worries that it might look rude, as if to say in body language “your creepy.” The conversation with myself continues back and forth as I weigh my options.

I choose to switch my dog to my left side of me as she typically walks on my right side. This would put my dog between us as we pass – which typically wards people off. I do this and take a moderately wide berth to the far edge of the side walk, just to give a little more room for interpretation, should there need to be.

My dog is well trained. She stays by my side at all times. I could drop the leash and she wouldn’t deviate from my side. She’s a pretty passive dog, she’s a lab. She’s everyone’s friend. But, I forget that she is also half rotti. Jezze is walking beside me and I can hear her voice begin to grumble. Not a lot, but it’s something. She’s now watching the man but she remains steady and calm. I won’t lie, this made me more concerned the closer the man got as I know my dog, she typically is eager for the possibility that someone might pet her.

The guy approaches, I see him, he sees me. He’s 30ish, broad in stature and has receding hairline. He’s definitely wearing a dark red trench coat which is not flattering at all and he walks pigeoned toed slightly with a slightly limp, his left knee is giving him some troubles. I notice this because it’s a occupational habit of mine, to watch how people move. He’s got something in his hands that he was looking at, it’s not a phone as it’s not lit up but he takes it and puts it in his pocket as he passes me.

I make sure he sees that I see him. I look him in the eyes and continue on my way and as he’s passing me. Out of the corner of my eye, I look down to watch his shadow and to make sure his head keeps slowly disappearing behind me, implying more and more space separating us.

But it’s here that really got to me.

As I watch his head disappear, I make sure to take a few more steps to ensure more distance is created between us, and in doing so I turn my head just enough to glance at his whereabouts reassuring myself that he’s continuing on his way. Only….

He had stopped, turned fully around and was watching me. My dog still rumbling her voice just so, and looking back, telling me she didn’t like him. So I turned and faced him so that he knew there was no mistaking of my communication Asif to say “what?” I wanted him to know I knew he was there. But as soon as he saw that I noticed his watching, he began to turn to continue on his way.

It was only a little bit further when I would normally turn right and head towards home, but I decided against it and to go the extra mile, for my sake and my dog’s enjoyment… and make sure this man couldn’t see or follow me to where I lived. Just in case. Maybe it was nothing. Maybe it was something. I won’t lie though, it was enough of an experience that it has me concerned – And my daughter wonders why I won’t let her walk the dog in the dark!

Maybe it’s just me, but my little small town city, has become, not so small town and a bit more globally diversified.

I’m going to have to revisit my rule and adapt it to include dog walking.

Safety starts in the home and with the individual and personal choices.

View all posts by Jennel Harder 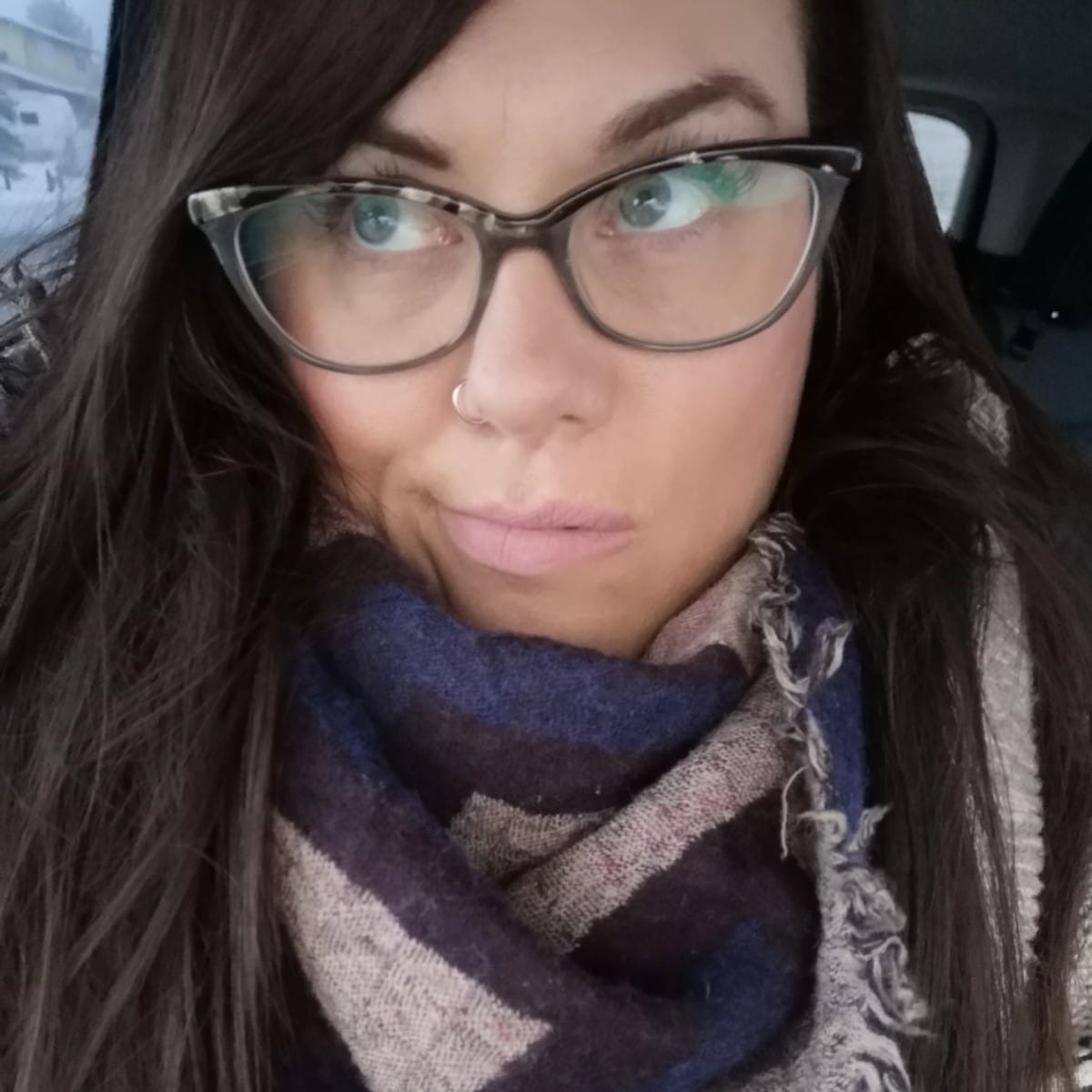